When the word ‘pothole’ is mentioned, the thought of a crater in a late winter road comes to mind.  At the western end of the Porcupine Mountains Wilderness State Park, there is a very different kind of pothole to be explored.

Tuesday morning, we headed to the Presque Isle River.  The name is of French origin, meaning “almost an island”, and refers to the peninsula/island at the mouth of the river. On the way to our destination for the day, we were treated to a very healthy black bear bounding across South Boundary Road in front of us.  The Porkies have a large population of black bears, which are seldom seen by humans. Unfortunately, we didn’t get a picture, as the bear didn’t stick around to pose for the blog. 🙂

We arrived at the river a short time later. From the parking area, the North Country Trail heads towards the river.  The river runs through a mixed old growth forest, which leaves the forest floor fairly wide open. 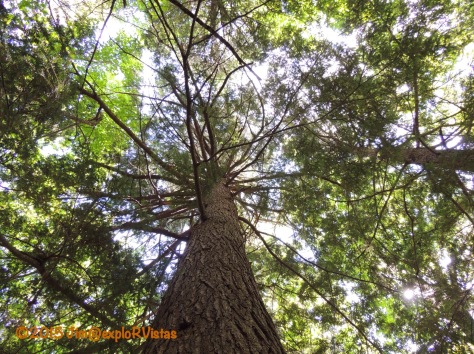 And some of the trees are huge!  This giant is an Eastern Hemlock.

The riverbed is comprised primarily of sedimentary rock, referred to as Nonesuch Shale.  The uplift of the shale has created numerous waterfalls along the way.  The water itself is stained with tannins from decaying vegetation upstream, giving it a tea coloring and creating foam in the eddies below the falls.

And there are those potholes we were talking about!

They are created as the water swirls smaller rocks in a low point in the riverbed, resulting in a circular hole.  It is amazing how razor sharp and perfect the edges are! 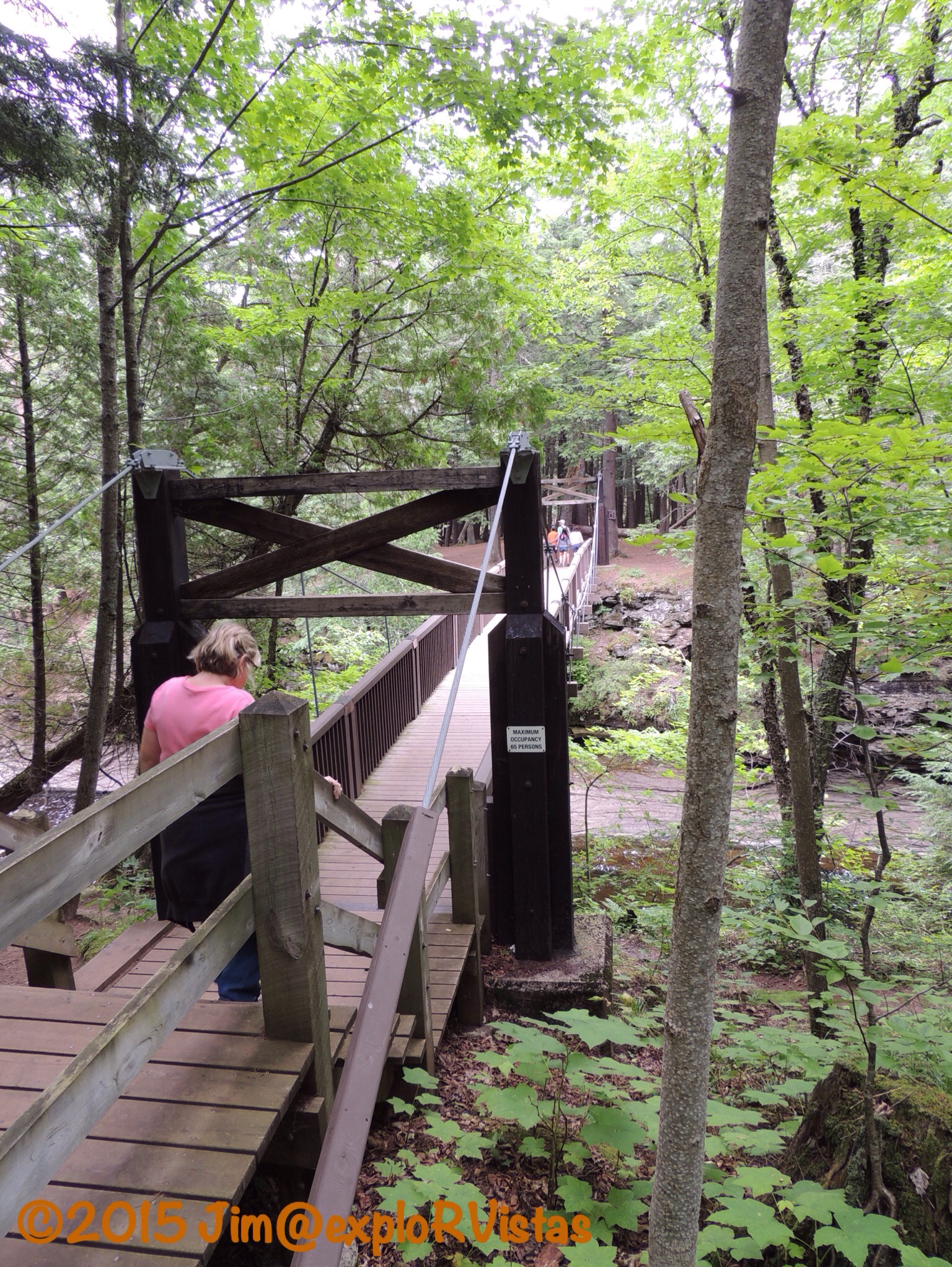 Near the mouth of the river, a suspension bridge crosses the active channel to the ‘presque’ isle.  This bridge is actually part of the North Country Trail.

On the far side of the island, the trail crosses the dry riverbed.  In the springtime, the flow of the river is high enough to cover this portion of the riverbed.

Below that point, the river water is ponded until the next spring.

A young girl pointed out this turtle in one of the small pools.  It appears to be a baby snapping turtle. There were also tadpoles swimming around.

Where the pool meets Lake Superior, there is a sandbar between the east riverbank and the presque isle. In the springtime, that bar is breached, thereby creating a true island.  The sandbar is a great place for rock hunting. 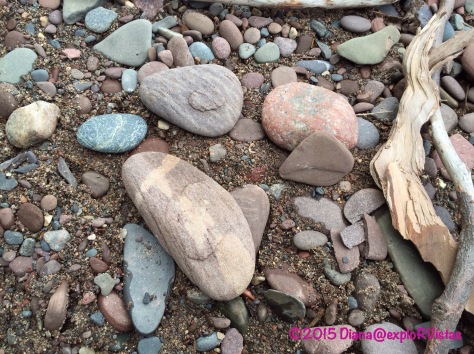 I kept handing rocks to Diana, saying “Look at this one!”  She finally set them all down and took a picture of them. 🙂 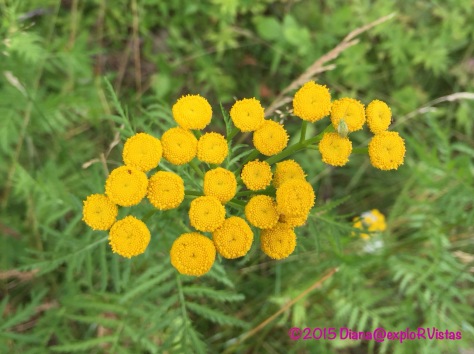 There were also several varieties of wildflowers to be found along the riverbank.  Here are a bunch of Common Tansy. 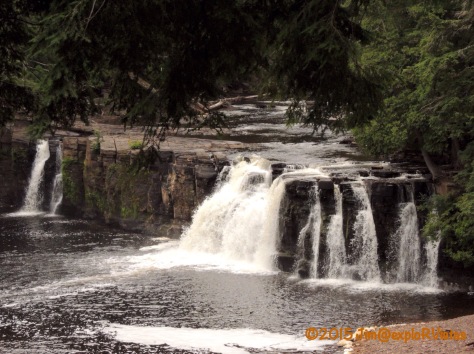 The Presque Isle River is definitely a great place to spend an afternoon!  Just remember one thing…

Watch out for the potholes!  🙂