As you may recall from our last post, we had decided to upgrade our trailer axles, instead of just replacing the brakes.  Of course, projects such as these have a way of one thing leading to another. Upgrading from 5200 pound to 7000 axles also meant getting new wheels and tires, as the current axles have 6 lug nuts and the new axles have 8.  When discussing this with our friend Bill (bkamericanodyssey), he mentioned that he and Kelly were going to be upgrading their wheels and tires this summer in New Jersey. Since their current set was what I was upgrading to, they decided to do it now in Florida and sell the old ones to us. They were already planning on coming to our area for a visit. 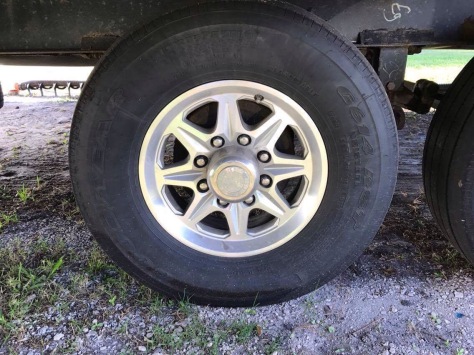 They delivered them on Wednesday, February 1, when the came over for dinner. The tires were nearing the end of their lifespan…maybe a year left…but the wheels were perfect. Bill pointed out that we were going to need our spare tire swapped out, as it was also a 6 lug.  Dang…forgot about that one.  That meant buying a tire and wheel.  Not wanting to invest in a new spare tire that hopefully would never be used, we opted to buy four new road tires to mount on our newly purchased wheels and use one of the used tires we bought from them as a spare.  With all the miles we are planning on putting on in the near future, that will most likely end up being the smarter choice.  Take note that this started out as a brake job.  😳  Bottom line is: we are much safer than before the project began.  That’s my story and I’m sticking to it. 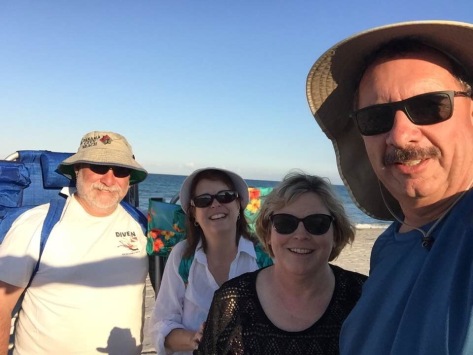 Thursday was spent on the beach with Kelly and Bill. We then walked to the west side of the park and watched the sun set over the Indian River Lagoon.

On Friday, February 3, I ordered our tires from Walmart.com.  They had a really good sale on Goodyear G614 tires, coupled with free two-day shipping to our door, made for an easy transaction.  Later that afternoon, we headed over to Kelly and Bill’s place. 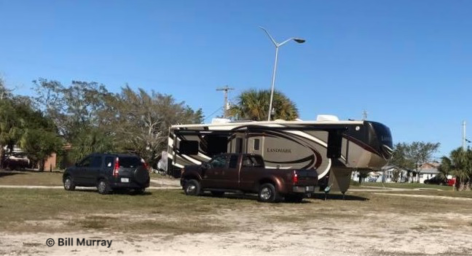 They were staying at the Melbourne Elks lodge.  They made us a delicious meal of ribs, broccoli, and cole slaw.  😃  We talked so much, we forgot to get photos!

On Saturday, Diana and I drove 2 hours south to Palm Beach Gardens to visit her uncle and cousin.

Uncle Gus had recently took a tumble and broke his arm, so Jon was down from Michigan to help him out for awhile.

On Monday, Kelly and Bill came over to our place again.  We went for a bike ride around Melbourne Beach, then spent the afternoon on the beach.  Afterwards, we headed up to Bizzarro Pizza for dinner.  Remember the Seinfeld episode about the soup nazi?  Well this dining establishment is affectionately known by the locals as the ‘pizza nazi’, as you need to have your order ready at the counter when they ask, or no pizza for you!  We chuckled when Bill asked what beers they had on draft and the guy taking the order pulled out a decade old draft beer list on a board from behind the parmesan cheese and quickly put it in front of him.  He’s lucky he got a beer.  😉   After dinner, we wished each other safe travels and headed off in different directions. We look forward to seeing them again, down the road.

Tuesday was spent waiting for FedEx to show up with our new tires.  As soon as they came in, I headed into Melbourne to have them mounted on our new-to-us wheels.  The axles arrived on Wednesday and we made an appointment to have them installed on Saturday.  That left us some free time for the week.

…and a corn hole tournament with the neighbors.  😃

I also installed a row of hooks to organize my shoes.  That’s six pairs of size 13’s on there!

Saturday came and we headed off to Ferguson’s Automotive and Marine in Melbourne.

And here are our new 7000 pound axles and our new tires!  After they were done, we hooked up and headed one hour south to Fort Pierce.  As you may recall from our last post, we had been given tickets to a John Ford Coley and Terry Sylvester concert at Summer Crush Winery. They are part of Harvest Hosts, so we were able to park our rig right on the property.  That sure cut down on the traffic after the concert, as the only other rig staying there belonged to the musicians!

John led us through the hits from his England Dan/John Ford Coley days and Terry sang several of his songs from when he was the lead singer of The Hollies.  Everyone had a great time… 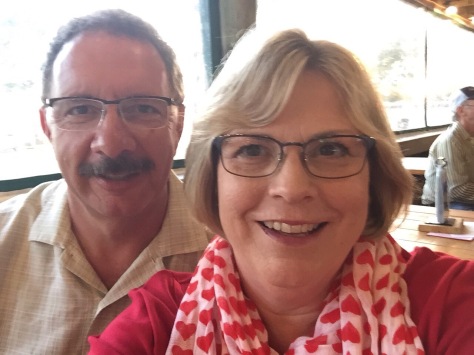 So I mentioned ‘future plans’ in the title.  We’ve been busy planning a summer journey to the west coast!  Our plan is to leave Melbourne Beach on April 1. We are excited to be visiting family and friends in Texas. Next we will do some exploring in the southwest, including some areas of the country we have yet to see. One of the main reasons for going west this summer is to visit Diana’s uncle, aunts, and cousins in southern California. She hasn’t seen an aunt and several of these cousins since she was in the fifth grade! We also have several close friends we have contacted and are planning on seeing in the LA area. We will be exploring several sites in Northern California, including Napa Valley with Diana’s cousin Nancy and her husband David. We had a ton of fun with them  last spring at Big Bend National Park, so we are looking forward to having them join us for this portion of our trip. Then we will be settling in Oregon for the summer. We have two work camping jobs as interpretive hosts with the Oregon State Parks. One begins Memorial Weekend and goes through the end of June. The second one begins July 1 and ends after Labor Day weekend. These are considered volunteer positions where we work about 24 hours a week and are compensated with a free campsite. We will miss our friends at Wild Cherry Resort, but are excited for this new adventure. We will reveal more of the details as we go.  Be sure to stay tuned!

26 thoughts on “February and future plans” 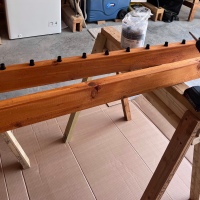