Detroit, Michigan.  A city that, to many, represents the heart of the rust belt.  A poster child for urban decay and decline.  Yet this was once the place to be, as it was the birthplace of the mass-produced automobile and the home of some of the most stunning architecture in the country.  Detroit was the fifth largest city in the nation in the 1950’s, with a population of 1.8 million people.  And from a little two-story house on West Grand Boulevard, some of the greatest musicians of our time churned out hits at Motown Records, beginning in January of 1959.  A mere 6 months before that, just a few blocks to the west, I came into this world at Providence Hospital.  That building sat due north of the western tip of Windsor, Ontario, giving me the distinction of being born north of Canada.

My entire world revolved around the Motor City. 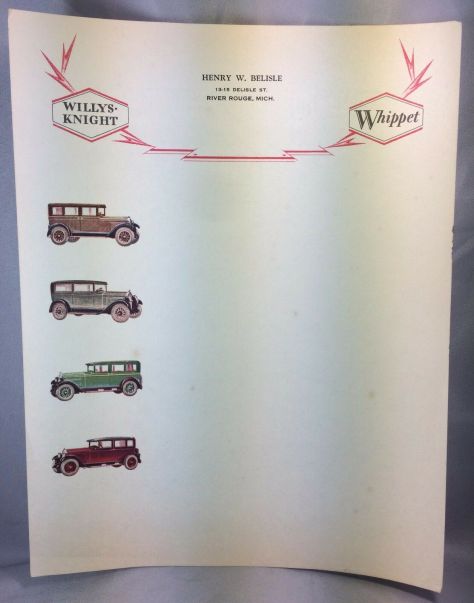 My parental grandfather owned a Willys-Knight and Whippet automobile dealership in the suburb of River Rouge.  Dad himself started out working in the machine shop at Ford Motor Company before pursuing a career in business.  Mom’s dad built huge homes in Indian Village, structures that still command a high dollar to this day.  Mom’s maternal grandfather built all or part of some of the finest churches in the city at the end of the 19th century, along with Old Mackinac Point Lighthouse in Mackinaw City.

Indeed, my Detroit roots go back quite a ways.

Being in the city has always made me feel grounded and safe.  That may sound odd to most folks, as Detroit has a reputation as being anything but safe.  Is it a place I want to live again?  Michigan’s winter weather quickly answers that for both of us, as we prefer to bask in the Florida sunshine in January.  Besides, we would much rather to be in natural surroundings over asphalt and concrete.  But there is some magnetic pull that has always been there for me…not so much beckoning me to come back, but more to evoke a calm feeling that I am home when I’m there.  A few years back, flying at night from Baltimore to Grand Rapids, I peered out at the unmistakable outline of Detroit from the air. 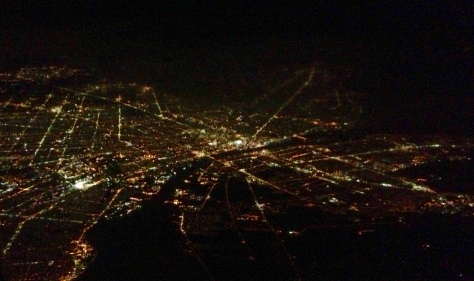 As I gazed over the city, I started picking out landmarks.  Then I estimated where all of my relatives from long ago were buried, and I realized just why that pull was so strong.  I had people scattered over this entire photo…on both sides of the river.

Well, until recently, I had no idea of just how far back those roots went.  Digging into my lineage via Ancestry.com, I found many relatives born in the late 18th century in the region that is now Detroit.  Back then, it was mostly French explorers and settlers.  As I got back to my fifth and sixth great-grandparents, I made a several unique discoveries.  In 1775 my fifth great-grandfather, Claude Charles Moran, was farming his land in northwest Detroit when his brother-in-law brutally stabbed him.  Why, I have no idea.  Unfortunately, that was the fifth of many murders to come in Detroit.  Joseph Hecker, his assassin, was one of only 13 people ever executed in Michigan, being hung from the gallows in the center of the city.

But my family goes even further back than that…

St. Aubin, the street my mom’s grandfather built his house on , was named after an early settler and my sixth great-grandfather, Jean Baptiste Casse dit St. Aubin.  He was around in the first years that Fort Ponchatrain was there.  I can’t even begin to count how many times I referenced that street in my dealings with my maternal great-grandparents.

And the line goes back even further still…

On July 24, 1701, Antoine de Lamothe Cadillac stepped onto the shore of Rivere du Detroit with a party of a hundred or so men to establish Fort Ponchatrain. 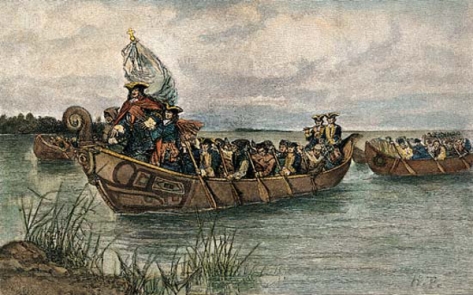 Within a week, the wilderness they landed on became a bustling trading post…and commerce has taken place there ever since.

In the heart of downtown Detroit, in Hart Plaza, stands this plaque that commemorates the spot where they landed.  The sixth man down the list on the left, Henry Belisle dit Lamarre, is my sixth great-grandfather.  He was a surgeon and was hired to go along on the trip.  Only the Native Americans had set foot on that land previous to their arrival. Indeed, my roots run deep in the Motor City, and its no wonder I feel so grounded there.

As I dig further back, I am finding even more surprises in my lineage.  I will pass those along sometime in the future.  Do you have any interesting people you have found in your ancestry? Is there a place that inexplicably makes you feel grounded and safe? We would love to hear your stories in our comment section below! 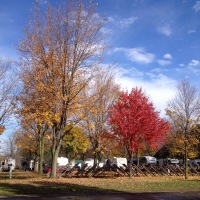 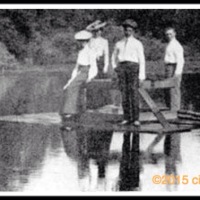