One thing about being Midwest natives spending the winter in Florida is that the weather messes with our minds.  Seeing Valentine’s Day candy in the store still strikes us as odd when it feels like summer.  Shouldn’t we be seeing Back to School sales?  Nope…and before you know it, there will be Cadbury Creme Eggs on the shelves at Publix! 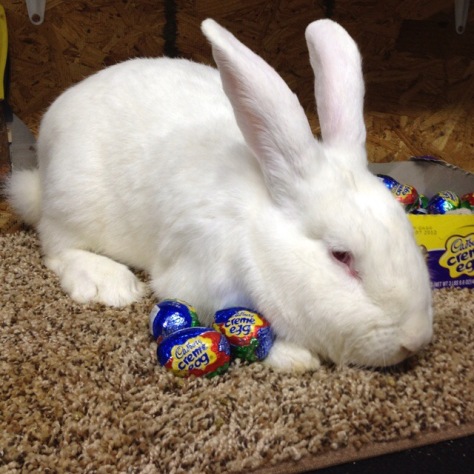 And seeing I love Cadbury Creme Eggs, that’s a good problem to have!  😉

Since our last post we’ve had a change of thought on our trailer brake maintenance.  After pulling one of the hubs on the trailer for inspection, I saw that the electromagnet was wearing unevenly.  Likewise, the inside of the hub that it was riding against was also worn in a similar pattern.  Checking the prices on new hubs and brake parts led me to find that none of those items were very expensive.  As a matter of fact, entire axles were relatively cheap.  When we were weighed at the RV-Dreams rally, we were just under our maximum allowed weight for the fifth wheel.  If we replaced just the brake parts and hubs, we would still have 5200 pound axles under the rig.  After a little more research, we found we could upgrade both axle and spring assemblies to 7000 pounds Dexter axles for not much more money.  We have a local axle shop here in Melbourne taking care of that for us. We also will be upgrading to heavier duty 16″ wheels and G-rated tires.  That will all take place in Mid-February.

Our friends Rod and Mary had us over to their house for shrimp and rice stir fry one evening.  We had a nice evening by their pool with wine, food and frisbee tossing to their dog Gracie.  😃   It’s always fun being with them!

Last Wednesday, we headed over to the Tampa RV Show.  We knew Bill and Kelly were going to be there, and seeing our friendship developed through our blogs, Facebook and Messenger, we felt it was time to meet these two in person.  Their adventures can be seen at bkamericanodyssey 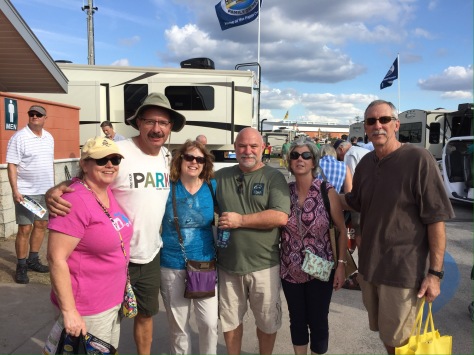 Here we are with Kelly and Bill in the center, and fellow RV-Dreamers Cindy and James on the right.  We hung out on and off throughout the day and ended up grabbing dinner together afterwards.  What a great time!  We ended up talking so long that we decided to get a room in Lakeland on the way home, as it was three hours back to Melbourne Beach.

One thing we were going to be giving up by going to the RV show was an evening launch at Cape Canaveral.  Well it turns out that someone failed to warn a pilot that he/she was flying into the rocket’s path, so the launch ended up being delayed a day.  Bad luck for NASA, but good luck for us!  Half of our park seemed to flock across A1A to the beach to watch the launch. 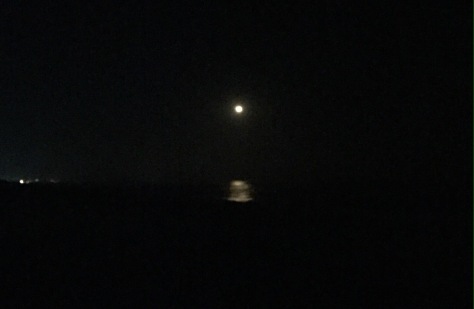 The Atlas V did not disappoint!  Even though the Cape is 30 or so miles north of us, we could see the ship rise off the pad quite clearly.  It took several minutes for it to pass by us to the south and east, and we were able to see the first stage burn out and the second stage ignite.  We even saw a couple of shooting stars!  Once the ship was just about out of sight, the low rumble of the launch finally reached our location.  It’s amazing the difference between the speed of light and sound!

Last Sunday, we made it back down to Summer Crush Winery, as we were meeting friends who were staying in Ft Pierce. 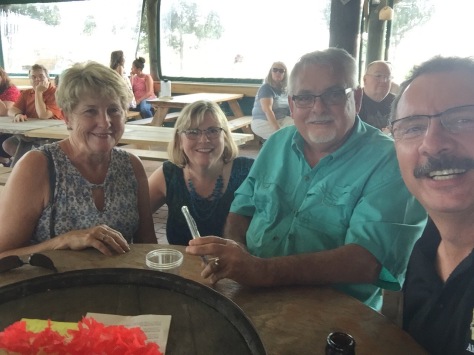 Phyllis and Bernie are renting a condo on the inlet, and they are really enjoying being here!  Phyllis was the secretary at the school Diana taught at for many years.  It’s always a good time when we get together with these two!

If you remember from past posts, Summer Crush is a Harvest Hosts location.  We first discovered it when we stayed there last year on our way to the Keys.  Diana noticed an Airstream parked out back and was trying to figure out who it belonged to by scanning the crowd.  At each of these events, the suggested donation to get in is $2 per person for a local charity, which can also be covered by a $5 raffle ticket.  When Gary the owner announced that the winner was staying with them through Harvest Hosts, Diana scooted over to their table to introduce herself, as it’s always nice to meet other RVers. 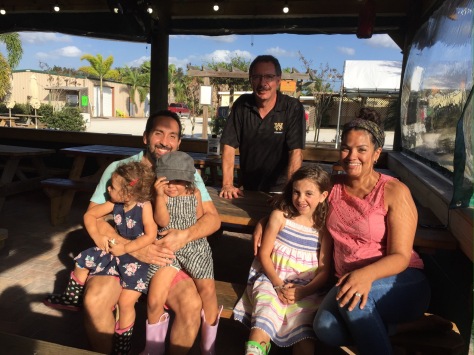 Meet the Franchi family!  Their blog, Paperdoll Pioneers, chronicles their adventures.  It turns out that the prize they ended up winning was two tickets to see John Ford Coley and Terry Sylvester (former lead from The Hollies) at a Summer Crush show in mid February.  Since they were traveling and wouldn’t be here, they gave us the tickets!  Thanks guys…we will pay forward your generosity down the road.  ❤️

Yesterday, friends of ours from Amazon stopped by to say hi!  Cassie and Joe worked in packing with us and were also at the same campground we were at near Campbellsville. They are currently staying south of us in Sebastian. We showed them around the park and caught up on what’s been happening with them.  We forgot to get a photo, but we will be sure to when we get together over the next few months. That’s about it for now.  We have been busy with spring and summer trip planning.  At least I think spring and summer are next.  We are still finalizing those plans, so be sure to stay tuned! 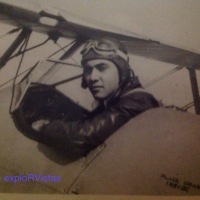 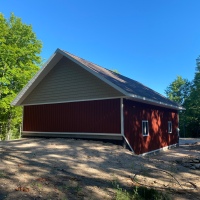 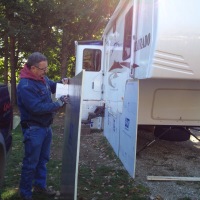