We have returned to Wild Cherry RV Resort on Michigan’s Leelanau Peninsula for another season….and it is good to be back.  We arrived Friday afternoon, set up our rig and locked onto one of the best satellite signals we’ve ever pulled in on our DirecTV.  Life is definitely good.  🙂   We were greeted by Patti and Lane, and also JoAnn and Paul.  It was great to see them all again.  While I was setting up, Rex drove up in his pickup to say hello.  He and Jim (the resort owner) spent the morning getting the riding mower ready to go, as Rex will be starting to mow on Monday. He had set up his 5th wheel earlier in the week and was having a little issue getting his Dish Network signal locked on, so he asked if I would help him with that. Diana and I jumped on the golf cart and headed down to his and Nellie’s rig.  To remind everyone, Rex will be 92 years young this summer, and his charming wife Nellie will be 90.  They proceeded to pour us a drink, as we all know that aiming a satellite is easier with a vodka and tonic.  🙂  Rex and I headed outside to move the dish, while Diana and Nellie stayed in to watch the signal meter on the screen, calling the numbers to us through the open window.  Factor into this that Rex and I are both somewhat hard of hearing…and you basically have  the makings of an ‘I Love Lucy’ skit.   Even with my Dishpointer app on my phone, we were only able to get the meter to about 50%…which I was sure wouldn’t be enough.  I called Dish.  After telling the tech that “the neighbor moved it” …with me being ‘the neighbor’, he worked a little magic on his end and suddenly Rex and Nellie had great reception!  They insisted on taking us out to dinner to thank us, so we headed into town for a bite to eat.  Just getting to spend time with these two is a treat for us.  Let’s change that earlier statement to life is definitely better than good!  🙂

Saturday morning came early, as Diana and I had agreed to dive right in and work.  JoAnn and Paul had been covering the place since May 1, so they headed downstate to their daughter’s place for Mother’s Day weekend.  Rod and Mary will be here this coming Friday.  Paul and Jim had set up most of the picnic tables already, so I finished that project.  I also helped Jim with a new drain tile along the entrance road.  He handled most of that with his John Deere front end loader, something he is a master at.  Diana started in on the paperwork in the office. 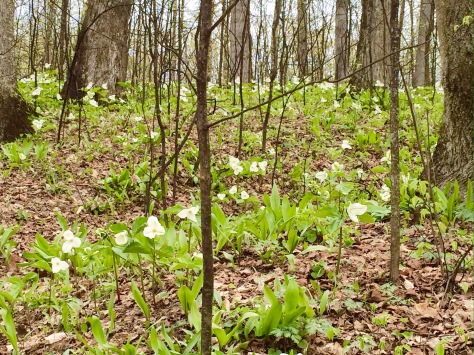 And once again, the woods surrounding the resort are filled with trillium!  The trees are starting to leaf out and soon our wooded tent sites will be filled with campers. 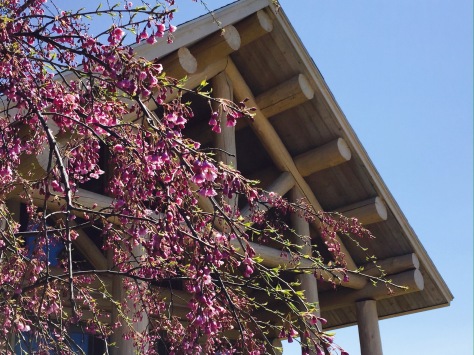 The flowering trees are beginning to bloom, and the apple and cherry blossoms will soon be covering the hillsides throughout Leelanau County.

On Saturday, I picked up where Paul left off on edging the patios.  As you can see, our lakefront sites are wide open right now, so it’s a perfect time to come up and spend a few days.  The only thing you will hear is birds, frogs, crickets and…during the day…Rex mowing those hills.  🙂  Shoulder seasons in Northern Michigan are magical. 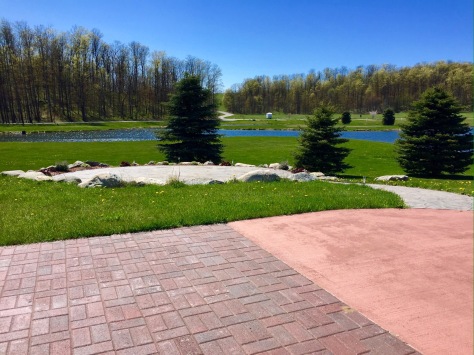 Mosquitoes are rarely a problem here.  It’s also very dark at night, so if the sky is clear, the stars are insane!

The wineries, shops, and restaurants in the surrounding villages are all open for business. People are taking to the woods in their annual hunt for morel mushrooms.  We hope to get our trikes on the trails soon, as the weather has been warming up into the 60’s in the afternoons. And this is a fabulous time to explore Sleeping Bear Dunes National Lakeshore and the Leelanau Conservancy preserves.

Leelanau was calling us, and we are really glad we got up here as quickly as we could!

21 thoughts on “Ready for the Season!” 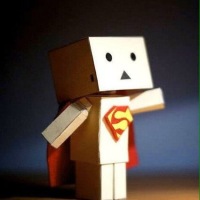 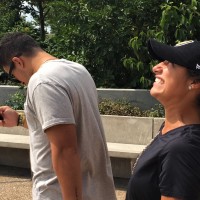 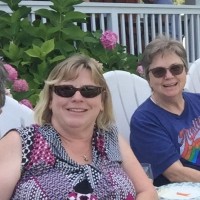