Since our last post at the Edison/Ford Winter Estates, we have covered a lot of ground.  We spent a couple of days at Dunedin, going to Honeymoon Island one day and to one of our favorite lunch spots…Kelly’s For Just About Anything…the next. After that, we spent a day in Lakeland, where we were able to catch our first-ever spring training game!  My beloved Detroit Tigers were taking on the Pittsburgh Pirates. 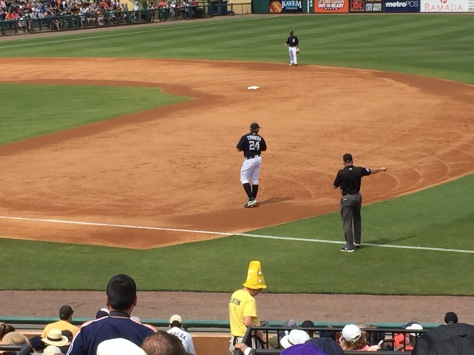 Any day that I can see Miguel Cabrera play baseball is a good day.  🙂   To add some excitement,  J.D. Martinez hit a home run over the center field wall with one of the most perfect swings I’ve ever seen.  The Tigers looked very good, ending the day with a 3-0 shutout win.  I am very hopeful that this will be a good year for the team.

Following Lakeland, we spent four days back at Recreation Plantation near The Villages.

While there, we caught up with Diana’s brother and our niece and her family.  We also drove up to Gainesville, as we wanted to see Devil’s Millhopper State Park.  We had read about this place on several blogs, so we drove an hour and a half north to see it.  Unfortunately, we found out when we got there that it was closed on Monday and Tuesday. Hmmmm…we have never heard of a state park being closed on ANY day of the week, but we will be sure to put that on our list of things to check before heading out the door next time.  🙂  Moving to Plan B, we drove back to Payne’s Prairie near Micanopy.  This preserve is the huge wildlife area that I-75 bisects between Gainesville and Ocala. 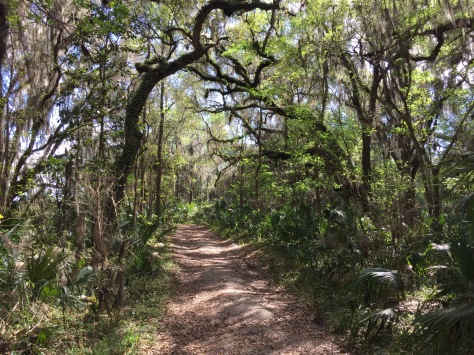 We wanted to get some mileage in for some upcoming hiking we are planning, so this looked like a good place to start!

First we climbed a tower and saw the preserve’s wild horses in the distance. Then we passed through the gate and into the wildlife area.  We only saw horse manure (along with bison scat) on the perimeter road.  Our hike took us about a mile and a half until the trail narrowed and we thought better of trying to go any further. The signs warn of alligators and snakes. There were also plenty of red ant hills to avoid.

Our next stop was for one night at a favorite place of ours: Golden Acres Ranch near Monticello, Florida.

You may recall our Harvest Hosts post from a year ago that can be accessed here.  This stay was just as nice as the last, although the many Guineafowl weren’t quite as vocal as our previous visit.  We purchased more of their amazing Mayhaw jelly as a thank you for letting us stay.  🙂

They sure are funny looking birds! 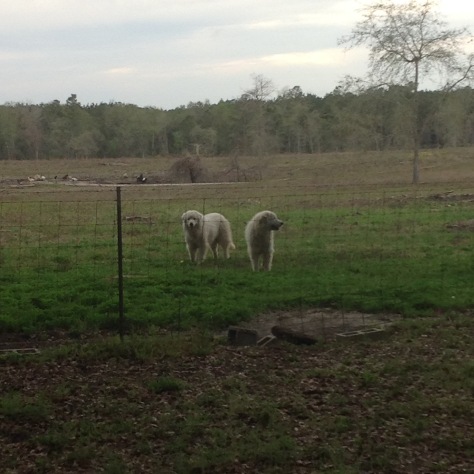 The Great Pyranees dogs were happy to see us!

From there we drove to the Pensacola area.  We stayed in a little campground in Holt named Eagle’s Landing.  It was neat as a pin and it had great wifi.  I was able to use it to finish our taxes, so that made us happy campers!  We also drove out to Fort Pickens and met up with our friend Diane, who was down from Michigan visiting her daughter and grandchildren.  You may recall we had lunch with her and her husband Terry earlier this winter in Orlando. This day, she brought the boys out to the fort, as they like to explore the tunnels and passageways.

It’s always good to see them!

Fort Pickens sits at the entrance to Pensacola Bay.  We were drawn here by a series of recent posts by fellow blogger, Wandering Dogs.  The white sand of the surrounding Gulf Islands National Seashore looked like snow in Beth’s post, and we had to see it for ourselves.

It was in service from 1834 to 1947, and was occupied by Union troops throughout the U.S. Civil War. The Apache chief Geronimo was held here during the Indian Wars from October 1886 to May 1887. 21.5 million bricks were used to build the structure, and a major portion of it was destroyed by an 1899 fire that reached a magazine, resulting in a massive explosion.

The wind and rain are slowly taking their toll on the remaining sections of the fort.

Sea level rise will most likely bring about the fort’s ultimate demise, as the barrier island it sits on already is seeing closures during high surf events. Campers have been stranded in the campground near the fort recently, and this road has been flooded several times over the past few years.

With our visit to Fort Perkins complete, we headed west out of Florida.  Thinking back to all of the places we’ve visited, we realize just how large the state is. Tallying up our miles, we covered over 1600 miles with the RV. That doesn’t include our trip to St. Augustine, our drive to Port Charlotte to see Diana’s cousin, our day at Cape Canaveral, our drive to Tampa for the RV show, or the trip to see my sister and brother-in-law in Bonita Springs…all which were done with the Escape.  That was an additional 2000 miles. To put that in perspective, we could have traveled from Grand Rapids, Michigan to Flagstaff, Arizona and back and not have covered that many miles! Even though we have visited Florida many times in the past, we discovered a multitude of places that were new to us. It has left us wanting more, and we look forward to returning soon!

explorRVistas is a participant in the Amazon Services LLC Associates Program, an affiliate advertising program designed to provide a means for sites to earn advertising fees by advertising and linking to Amazon .com. Shopping here doesn’t add anything to your cost, but it does help support this blog. Thank you for considering shopping through exploRVistas! 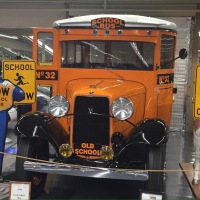