Somewhere in the middle of the Seven Mile Bridge, he said “Bella do you want to see the rest?”

She said “I haven’t a care, Lenny, just take me there” and they drove all the way to Key West…

For most people, the Florida Keys embody a wonderful image of laid back island life.  There’s no doubt that they are laid back and wonderful, but there is also the reality that there is a very busy road that runs through the middle of them.  That brings in hoardes of people…including us….looking for a place to chill.  Tooling south on U.S. 1 through Key Largo on Tuesday, it quickly became clear that our chillin’ was going to take place with lots of new friends!  No worries, as we always have managed to find a way to seek out some of the less traveled spots.  We also love to jump right into the crowds and have a good time.  🙂

When we went to the Tampa RV Show earlier this year, we stopped at the Grassy Key RV Resort booth.  They were running a special of ‘buy three nights – get the fourth night free’.  Granted, it still wasn’t cheap…but we knew that any accomodations in the Keys were going to be pricey.  Looking on the web, we knew it was going to be nice. 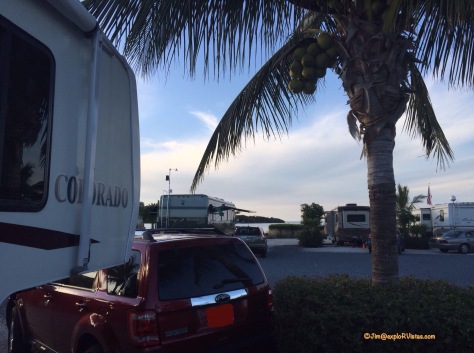 We were certainly not disappointed.  Even though space is at a premium in the Keys, we didn’t feel like we were wedged too tightly into our spot.  The resort faces the Gulf side, and sports it’s own marina. They also have a pool, which we took advantage of. 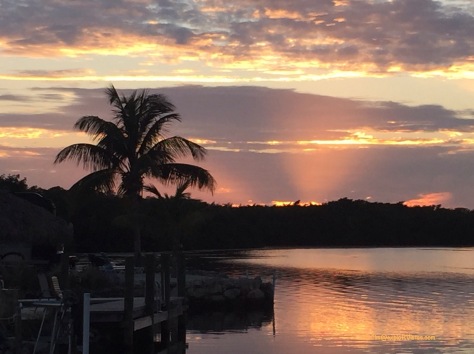 The first night there, we caught a nice sunset off the dock. They also had a luau potluck which we attended later in the week.  Very fun, and we met a lot of nice people there.

Wednesday morning, we headed southwest through Marathon to do a little biking on the old Seven Mile Bridge.  This structure is part of industrialist Henry Flagler’s railroad that was completed in 1912.  Why would someone go to the expense of building a railroad to Key West? Well, the tiny island was the closest deep water port at the time to the about to be completed Panama Canal. Flagler’s theory was that it could be a coal refueling stop. Technology quickly improved steamer efficiency, so that need went away. The bridges were converted to highways after a 1935 hurricane destroyed portions of the railroad that they carried. 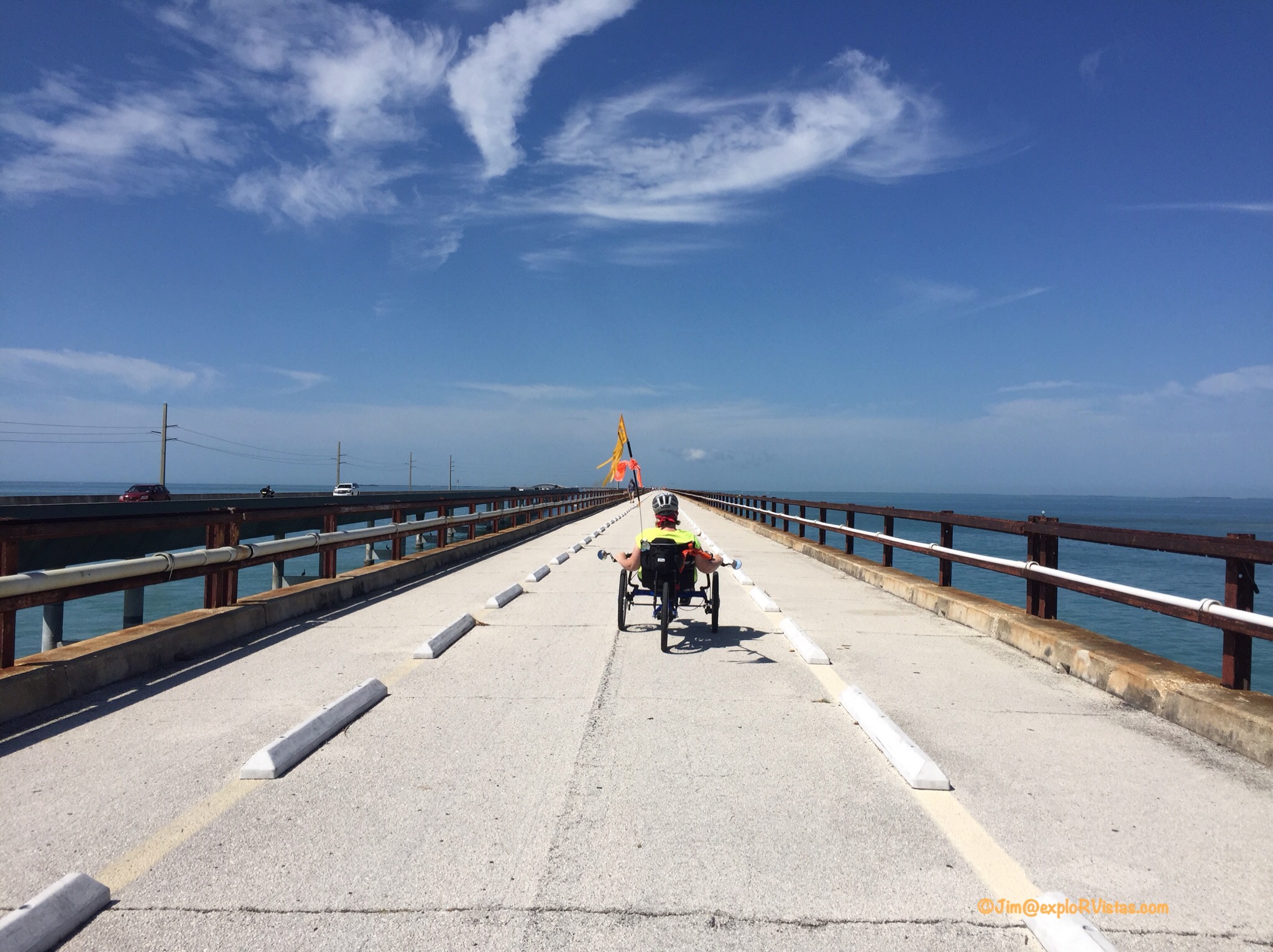 For reference, imagine those parking blocks not there and a center line where Diana’s left tire is.  That’s a narrow bridge!  This is the northeastern two miles of the structure.  These roads were used until 1982, when the parallel highway was constructed. My parents took my sister and I partway to Key West on this bridge when we were kids.  I’m fairly certain the width of the spans was part of the reason my dad turned back. 🙂

Still, it was pretty cool to be riding on this historic road!  Take a look at the guard rail:  it is the original rail from Mr. Flagler’s railroad. 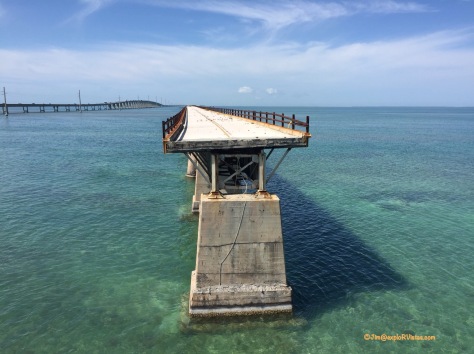 Two miles southwest of Marathon, the Florida highway department has removed a section of the bridge to prevent people from going any further.  Some of the roadway is in pretty rough shape beyond here.

On Thursday, we made the 55 mile trip from Grassy Key down to Key West.  Amazingly, we found a free parking spot on a side street.  Woo-hoo!  🙂

Our first goal was to find the Green World Gallery, owned by Artist Koz.  Diana and Steve Koslowski hail from the same hometown of Ortonville, Michigan.  We ended up buying one of his small paintings for our rig, and a Howard Livingston from Mile Marker 24 Band “Sell your stuff-keep the dog-live on an island” sweatshirt for Diana. Very nice store!

From there, we walked a few blocks to Ernest Hemingway’s home for a tour.

We will freely admit that we have yet to read his work, but we’ve been intrigued by his northern Michigan connections.  Our tour guide Chris was fantastic, painting a portrait with his words as to the interesting character Ernest Hemingway was.  And, yes…I’ve downloaded my first Hemingway novel.  🙂

This is his writing studio where it is estimated that 70% of his literary works were penned.  That small stool to the left of the barometer in the left side of the photo is a Spanish birthing chair.  There are several of them throughout the home, as he liked to collect them.   Some people collect baseball cards; Ernest Hemingway collected birthing chairs!

Here is a decendent of Hemingway’s six-toed cat, Snow White.  There are 40 to 50 very well cared for cats on the property.  Chris stated that it was never his intention to learn the cat’s names, but know them he did!

After that, we grabbed lunch at Off the Hook. 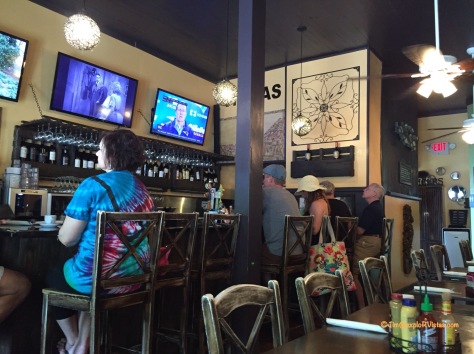 We both had fish tacos, which were excellent.  They are just one block off of Duval…totally worth the walk! 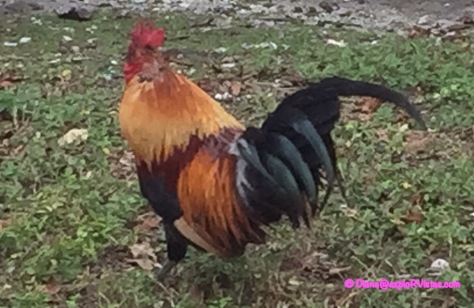 Key West is also famous for it’s free roaming chickens.  This rooster was strutting it’s stuff in front of a residence we walked past.

And no trip to Key West is complete without having your photo taken in front of the Southernmost Point marker! 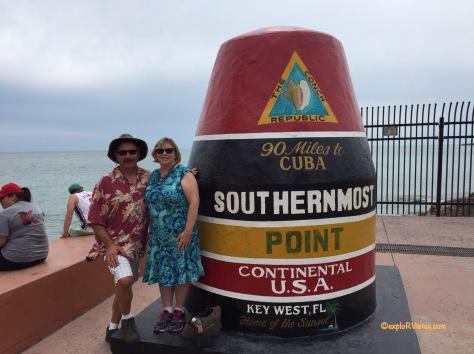 There was a fifteen minute wait to do this, and the people who were in line behind the subjects ended up being the photographers. Everyone was having a great time. We were closer to Cuba at this spot than we were to Miami!

On the way back to Grassy Key, we took a little side trip to the National Key Deer Refuge on Big Pine Key.  This is home to the subspieces of the Whitetail deer known as the Key deer. 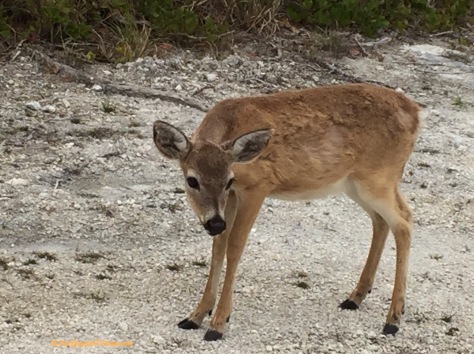 There are only 600 to 800 of these animals left, and they can only be found in the Florida Keys. 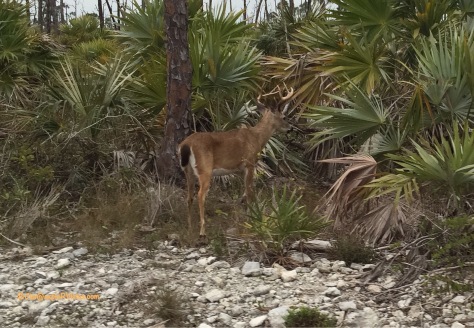 Weighing between 65 to 85 pounds, they are smaller than a Great Dane.

Our time in the Keys was short, but we managed to relax and have a good time.  We definitely will be back, as there is a lot more to see that we didn’t have time for.  Our next post will be from locations north of here, as we can’t get any further south!

23 thoughts on “The Florida Keys” 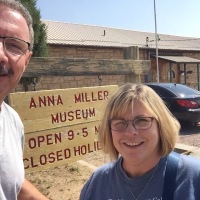 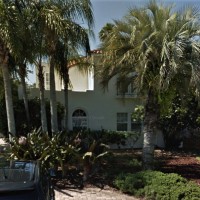