Those were USGS volcanologist David Johnston’s last words from a ridge overlooking Mount St. Helens when it erupted on May 18, 1980.  He was a mere 6 miles from the crater.  The pyroclastic flow….hot gases and rock…took less than a minute to overtake his position and sweep him away.  He was never found, although pieces of his trailer and backpack were.

Besides him, 56 other people died…but thousands others were saved by Johnston’s warnings of an impending eruption.

Harry R. Truman was another of the volcanos’ victims.  He had owned the Spirit Lake Lodge since 1928, which was located just 1 mile from the base of the mountain. He refused to heed the evacuation warnings, choosing to believe that the increasing earthquakes would settle down. The building, lake and him are buried beneath 150 feet of rock from the blast, and a new Spirit Lake formed at a higher elevation above the location.

Diana and I had visited Mount St. Helens back in 1996, just 16 years after the 1980 eruption.  At that time, thousands of acres of surrounding landscape laid barren.  The closest approach we could make by road was the Coldwater Ridge Visitor Center, a good two miles back from Johnston’s campsite.  We had heard that they had built a new visitor center since then, so we definitely wanted to get back and see it while we were here in Oregon.  We also wanted to see our friends Lee and Tracy, who are work camping a few hours away from there.  The four of us made plans to head to Mount St. Helens on Tuesday, August 2nd.

Coming in from the west, there are several viewpoints along the way.  With the top 2000 feet of the mountain removed by the eruption, it looks less than spectacular from this angle.  The land outside the park boundaries is owned by Weyerhaeuser Corporation, and was replanted three years before we were last here.  Those trees have grown a lot in the time since.

Upon arriving at the new visitor center, the view of the crater and the surrounding landscape opens up dramatically.  At this point, we are a full mile closer to the mountain than David Johnston was when it erupted.  The lava dome in the crater has grown dramatically since we visited in 1996.  It won’t be too many more years before it is higher than the edge of the crater rim. 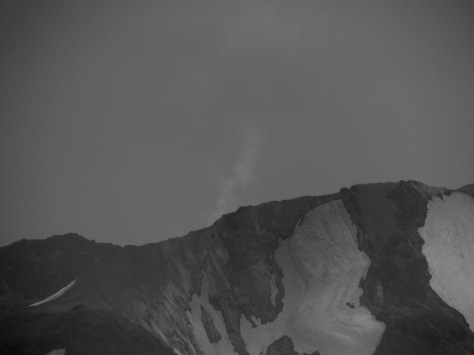 Mount St. Helens has a major eruption every 125 years, so we were in the presence of a very active volcano.  While the steam rising out of the mountain was slightly unnerving, it also made being there very exciting!

Here is Tracy taking in the view.  Her standing there really puts it into perspective how close we were to the crater. 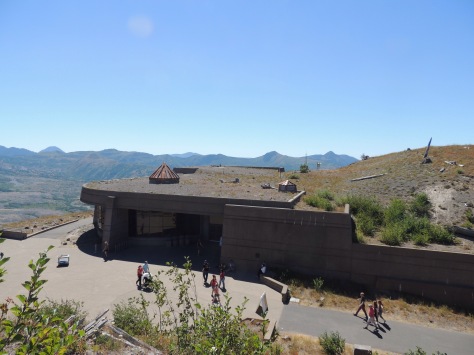 We took a trail that heads out above the Johnston Visitor Center and towards a straight-on view of the volcano.  Looking back down, you can see how the building is built into the hillside.

And off to the north…the direction the mountain blew…an entire forest of trees still lays over from 37 years ago.  This area within the boundaries of the national monument is being allowed to regrow naturally, and it is amazing thing to see how quickly that is taking place. 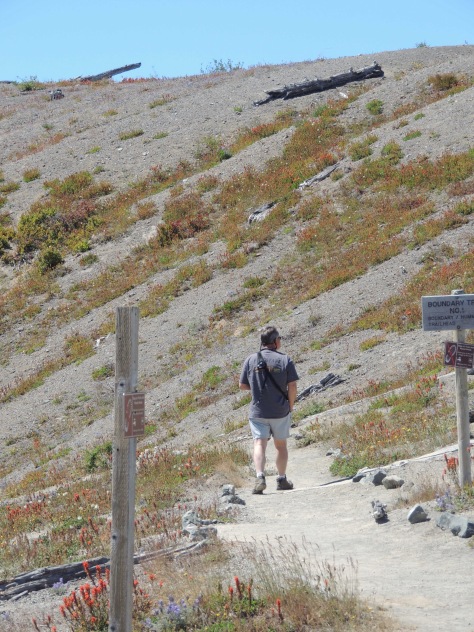 Still, it’s going to take a long time for a complete forest to return, only to possibly be blown over again by future volcanic activity.

Diana and I remember the vivid red sunsets in Michigan during the summer of 1980 that were caused by the volcanic particles in the air.  That doesn’t seem like it was all that long ago.  Heck, had David Johnston survived, he’d only be 67 years old today.  To see how much things have changed in such a short period of time definitely make Mount St. Helens a place we want to come back to in the future!

A Mount St. Helens day hiking guide, plus anything else imaginable by searching our exploRVistas Amazon link by clicking HERE.

explorRVistas is a participant in the Amazon Services LLC Associates Program, an affiliate advertising program designed to provide a means for sites to earn advertising fees by advertising and linking to Amazon .com. Shopping through our link does not add anything to your cost, but it does help support this blog. Thank you for shopping through exploRVistas!
. 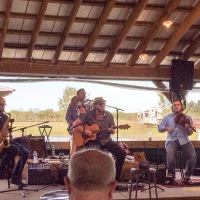